"My name is Katherine Council and everybody calls me Mama Kat for the simple reason that when I had my first grandchild I didn’t want to be called grandma because I didn’t want men to stop looking at me!"

Born and raised in Northside, Katherine "Mama Kat" Council describes herself as a happy person who has lived a good life, despite hardships. She is an active member of St. Joseph CME church, volunteers constantly at the Heavenly Groceries food ministry and is a Community Mentor who loves children and never hesitates to speak to schoolkids about her life.
Share on , , or . 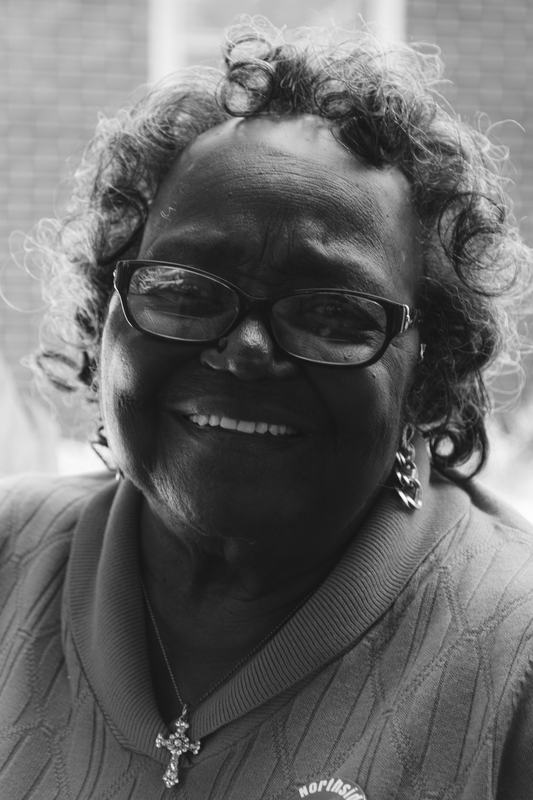 Katherine Council - On home, family, and changes in Chapel Hill

Katherine Council - On home, family, and changes in Chapel Hill

In this interview, Katherine “Mama Kat” Council talks about home and family. She discusses her parents, including her father’s death and her mother’s garden, and she describes where she grew up in rural Chapel Hill. Growing up was very different when Mama Kat was a child; she went to work and started a family early. She talks about the houses she owned, the first one without running water that burned down in a fire started by a lightning strike, and the second house which her uncle helped her find (with no stairs). With the houses came family, one brief marriage followed by one that was much longer, and five kids who all went in very different directions in their lives. Some of them were involved in the Civil Rights Movement and early school integration in Chapel Hill. Mama Kat talks about how Chapel Hill has changed over the years, and in the end she is most proud of taking care of her son Odell who struggled with seizures in the latter portion of his life.

In this interview, Mama Kat, a cooking and baking extraordinaire, shares some of her kitchen expertise including tips and favorite recipes. Mama Kat learned how to cook from her parents and grandparents, and now writes down her recipes in cookbooks for others to follow. She discusses how products and her cooking style have changed since she began cooking for her family in the 1960s. Mama Kat has quite a sweet tooth and while she cooks all sorts of foods, she especially loves desserts. She is famous for her pound cake—but that doesn’t mean there haven’t been a few instances where things have not gone according to plan. But no matter how bad the kitchen fiasco, Mama Kat keeps a positive outlook and is eager to share her stories with a laugh.
Find out more

Katherine Council and Lillian Alston - On Heavenly Groceries, St. Joseph's Church, and the importance of volunteering

Katherine Council and Lillian Alston - On Heavenly Groceries, St. Joseph's Church, and the importance of volunteering

This interview is a part of the Marian Cheek Jackson Center’s A Place at the Table series. Katherine Council and Lillian Alston talk about their time volunteering with Heavenly Groceries. Katherine describes the origin of the food ministry before both women discuss their ties to the community and the people in it. In this they talk about specific people they have come to know and touch on their connection with St. Joseph’s Church. Also discussed in the interview is the women’s past work volunteering as well as why it is important to them.
Find out more

Katherine Council - On education, changes in the community, and racial discrimination

Katherine Council - On education, changes in the community, and racial discrimination

Ms. Council, fondly known as Mama Kat, grew up on a farm in Chapel Hill down Jones Ferry Road and has lived in various places in the area her entire life. She went to the Northside school when it was just a one-room schoolhouse. She grew up as one of nine children and had lots of kids herself: one of her daughters was one of the first five African American students to attend an integrated school. She has seen the community change in many ways, from raising housing prices to sports to shifting racial dynamics. Ms. Council worked at several elementary schools and at a laundromat, and she experienced and witnessed racial discrimination in each workplace. Today, she is involved with St. Joseph’s Church and especially with Heavenly Groceries food ministry.
Find out more

Katherine Council - On her childhood, family, and changes in Northside

Katherine Council - On her childhood, family, and changes in Northside

This interview provides an overview of the place and birth of Mama Kat. Her house burnt down in 1962. She notes the change in neighbors versus before. She had children graduating from college. Her 3 kids were in college at the same time. The last baby was born with down syndrome. She recounts the change in the community in terms of demographics. Everybody used to know everybody. There are no children running outside now, everyone is grown up. Northside used to be a tight-knit community. There was a very dramatic moment in Mama Kat's life when Odell became ill. She tells the interviewer how she ended up with the name 'Mama Kat.' She had employment as a cashier and then cleanup lady. There was controversy with either going to the new school or staying at the old school as a cafeteria lady. " I love peoples" Odell's sickness comes back again but this time he becomes paralyzed. He worked in the food ministry back when it only had bread. Everyone in the family went to different churches while growing up. She recalls a childhood memory of calling Jones Ferry Road the "lake road." Her grandmother was the cook of the house. She has memories of going to a one-room school with only 40 children. She sees how older generation views were different from the younger generation views; schools were beginning to become integrated. Her daughter was one out of the 5 blacks to integrate into the white school. She would still be at her old house on 15-501 if her house did not burn down. Her father used to farm. Her son did not play any sports. She rented a house 4-5 months before moving into the current house she lives in. She did not have anything when she moved into the new home. The neighborhood now is so different from what it was back then. She describes demographics of the neighborhood, "I am surrounded!" She spoke about unfair treatment by a white man at the Laundromat and how a white woman helped her. She loves working right at home or next to it; it meant a lot back then to own a home. She spoke of how she met her husband. She shares what she really enjoys in the present moment is working with students from UNC.

In Molly Norwood’s interview of Katherine “Mama Kat” Council, Council begins by describing what life was like when she was growing up in Chapel Hill. She describes how open and geographically spread out the neighborhood was, how she was constantly playing with the other children in the neighborhood, and the tight-knit feel of the community as a whole. Over the course of the interview, she goes on to describe how the dynamics and demographics have changed over the years as the neighborhood became more crowded and populated. By the date of the interview, the neighborhood featured fewer families with children, houses that were much closer together, and a healthy mix of blacks and whites, families and students, etc. She also describes how her neighbors have nearly always been good to her from childhood to the present day even as the neighborhood dynamics have shifted over the years. The interview also features interactions with people coming in and out of the bread ministry (where the interview is taking place) as well as anecdotes about her family and other community members.
Find out more

Katherine Council - On her children and growing up outside of Carrboro

Katherine Council - On her children and growing up outside of Carrboro

In this impromptu interview done at Heavenly Groceries Food Ministry, Katherine “Mama Kat” Council tells us what it was like growing up right outside of Carrboro back in the 1930’s. She recalls how for a while her family had to use a wagon to get to Hamlet’s Chapel CME on Sundays. She also discusses how her children ended up becoming members of St. Joseph's CME. Katherine Council lived in the Carrboro area for over 60 years.
Find out more

In this interview, Mama Kat gives us her coveted pound cake recipe, which she knows from memory because she makes it so often.
Find out more 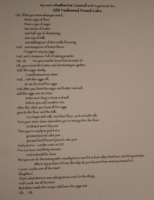 Mama Kat on how to make her amazing pound cake

Mama Kat on how to make her amazing pound cake 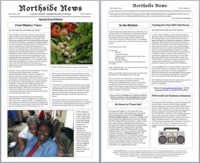