"We had some old regular houses with tin on them...They were in a row, lined up on Hargraves Street...everybody up there was some kin."

Donnie "Hollywood" Riggsbee was born and raised in the Tin Top neighborhood in Carrboro. He was the first black employee at Colonial Drug store and developed a personal relationship with owner, John Carswell. Always a fan of a little flash, he spent his weekends dancing and enjoying the life of a "catbird." He lives in Carrboro and volunteers regularly at Heavenly Groceries food ministry at St. Joseph CME church.
Share on , , or . 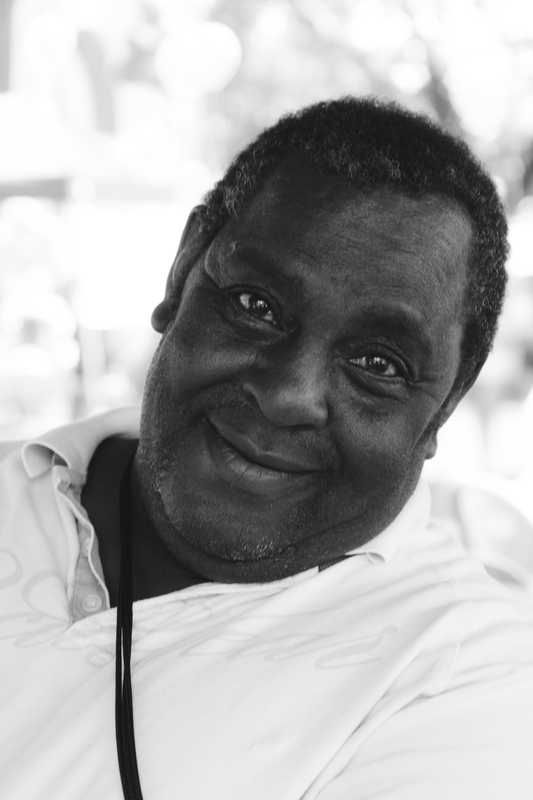 Donny ‘Hollywood’ Riggsbee, resident of Chapel Hill, gives his biography during his time in in the town. He describes his youth, growing with 10 siblings, how his mother worked in a kitchen and how the kids worked while growing up. He talks about racial experiences in the form of his employer (Big John) who segregated African-Americans and kicked many out of the store but hired Hollywood to work. Hollywood garners a relationship with the owner and ‘breaks racial barriers.’ Hollywood, as the only black worker at the restaurant, provides an entry for other African Americans to come into the store. Big John dies and his son ruins the business through drug use. Talks briefly about tin tops and the community atmosphere it created, prior names of tin tops, and a description of the houses. Hollywood talks about violence from “hoodlums” and a nearby nursing community attempting to regulate activities in area. UNC students also provided homework help in area. He concludes with his passion for taking care of kids and the compassion him and his mother showed local children if they needed help.
Find out more

Donny Hollywood Riggsbee, a bachelor, gemini, grew up in Chapel Hill, North Carolina. He remembers the last few decades in North Carolina, reflecting on the fond memories of his family and friends. He reflects on his time at UNC, working in housing and Lenoir dining hall. He shares his entertainment as a child, explaining the demography and geography of his neighborhood. He discusses overcoming difficulties with his friends during segregation, and his start in cooking. He reveals his fried chicken recipe and cooking macaroni with his mother. Riggsbee remembers his school, his friend Tommy, and the pink lemonade Tommy’s mom used to make. Donny considers his favorite dish from childhood, apple turnovers that his mom used to make, and he shares intimate moments with his father. This interview includes the discipline he learned as a child, the adventures he went on with his friends, and the interests he accumulated as a son. The interview concludes with discussion of past mistakes, replicating his childhood food, and family meetings.
Find out more

"...we called it Tin Top, because all the houses that were on top had [roofs] with tin on it."

This interview provides insight into the background of Donny “Hollywood” Riggsbee, a long-term Northside neighborhood resident. He shares his experiences living with 12 siblings, the areas of NC in which he lived, and his family’s interactions with UNC students. Hollywood goes into depth about how his parents met in Chatham County, and the deaths of some of their children. When growing up, his family had little money to support him and his siblings. He speaks on the relationship to the owner of a drugstore near Merritt Mill and the drugstore owner’s son. Furthermore, he speaks on how he received his nickname “Hollywood.” He got his nickname in 1969 at a school talent show to raise money for band uniforms. He recalls being a good dancer and competing in contests at local clubs and discos. The interview is concluded with his observations of worker mistreatment at UNC, and his personal work life in housekeeping and other positions. 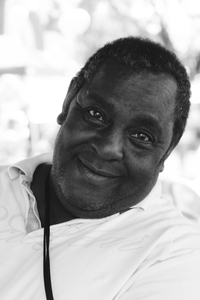