The interviewees provide an overview of the Chapel Hill Civil Rights Movement. They specifically note the emotion of CRM marches of Chapel Hill, Raleigh, and Durham in 1963. They speak on Watt’s Hotel discrimination and Civil Rights leadership in the area, especially of the friendly Pottersfield neighborhood. They speak on teaching students today about the history of the marches and the diversity of their community. The interview goes on to provide insight into Lincoln High School and integration into Chapel Hill High School. Additionally, an interviewee speak on her aunt’s participation in marches and a teacher’s reactions to and participation in the marches, including Ms. Monroe's participation. Also, Hilliard Caldwell's participation. They go on to speak on the cheerleading team at Lincoln High School and the school spirit as students. The students who participated did not have any fear in marching and protesting, even to the point that the interviewees miss marching and fighting for change. One of the interviewees studied at Durham Tech and held an occupation as the secretary at UNC hospital. She worked at a pediatric ward with children and learned at church meeting how to march. Brooks was arrested twice. They speak on the Big John’s sit-in, weekend and after school marches, and balancing marching with school work. The recount singing and chanting during the protests and how Big John and his sons threw ammonia on some protestors. They specifically recall the police officer, David Caldwell and his father, David Caldwell, Sr. arresting many protesters. The interview includes the historical and emotional trauma of lynchings and Jim Crow laws. The interviewees speak about how President Obama is still disrespected because of his race as a connection to the present day. They each explain that white people who helped blacks were seen as traitors. Moreover, integration was seen as taking pride and support away from schools. They conclude the interview with an explanation of racism for the modern generation, such as Trayvon Martin’s murder. They also make other connections to the past with riots in Chapel Hill organized by radicals and how the National Guard dealt with riots. Storm Troopers started riots, and one man killed in Chapel Hill riot. Keith Edwards discusses the poor treatment she experienced after integrating into the Junior High School. Other topics include: Frank Porter Graham; fair salaries; poor whites treated harshly; ministers today; more community representation; excessive drinking; racial bullying; and the black community.

Carol Books was young when the Civil Rights Movement came to Chapel Hill, but she remembers how it felt to be here at that time. After she graduated from Lincoln High School, she attended Durham Tech. She devoted 32 years of her life to serving UNC’s Pediatric Ward, work which she loved and misses…
Carol Brooks 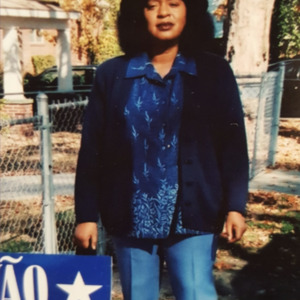 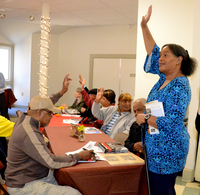 Northside News Volume II, Edition 5
Back to all oral histories