Home > About This Site > A Note on “Northside”

A Note on “Northside” 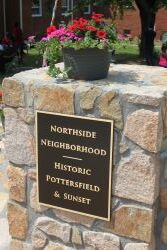 In From the Rock Wall, we have chosen to use “Black Chapel Hill/Carrboro” to refer to all of the discrete and connected places where Black families settled and grew communities in southern Orange County, North Carolina. But many of the people you’ll meet here use and celebrate “Northside” instead. What’s that about? 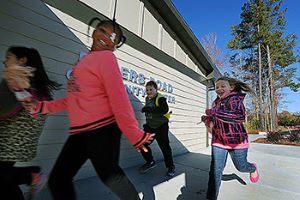 Today “Northside” is used broadly to refer to the historically Black neighborhoods in the northwest corner of Chapel Hill, North Carolina.  But until very recently, the Black community extended far beyond those boundaries. It included homes, schools, churches, and businesses across West Franklin, down Merritt Mill, into Carrboro, and up into the as yet unincorporated areas of Orange County generally known as “Rogers Road”.

Many longtime neighbors object to the name “Northside.”  They remember that by the mid-1950s it had replaced “Pottersfield,” the name of the large, downtown neighborhood bordered to the east by the all-white “Pritchard’s Field” and to the west by its friendly rival, “Sunset”.  In 1948, students voted to rename Orange County Training School “Lincoln”.  In 1951, the new Black high school on Merritt Mill took the new name with it and the former Lincoln School became Northside Elementary. Soon the school district, including Pottersfield and Sunset, became known as “Northside”.  Naming the neighborhoods after the school had at least two effects:  it collapsed prized distinctions among sub-neighborhoods and gave the impression that the Black community resided only or primarily in the northwest corner of Chapel Hill, cutting off connections to Windy Hill off Hillsborough Road, Knolls Development/Pine Knolls on the southwest end of town, Tin Top Lloyd/Broad near downtown Carrboro, Councilville and Rangewood off 54, and Rogers Road-Eubanks further north in the county.

At the same time, as long-time Rogers Road neighbor, David Caldwell notes, “Northside was the hub of the wheel”: “Everything gravitated to it mainly because that was where all of the resources were.  It was the largest place to meet and socialize for the Black community.”  The area conventionally known as Northside hosted six churches, the business midway, the Roberson Community Center (now Hargraves), and—until the mid-1960s—the primary school.

In recent years, neighbors have reclaimed “Northside” as an expression of power. In 2004, community members led the charge to establish the Northside Neighborhood Conservation District.  In 2011, neighbors from across Chapel Hill and Carrboro—including from the Tin Top, Lloyd/Broad, Pine Knolls, and Rogers Road neighborhoods—united to win a moratorium on development in Northside.  In 2012, neighbors rallied again to ensure that the new school built on the site of the former Orange County Training School/Northside Elementary would retain the name “Northside.” In 2015, hundreds of neighbors gathered to launch the new Northside Neighborhood Initiative to rebuild abundant and equitable community on the model of Pottersfield and Sunset, and to commemorate all of the Black neighborhoods, including Lloyd/Broad and Tin Top in Carrboro and Pine Knolls.  And in 2017, the Marian Cheek Jackson Center changed the name of its annual celebration to the Northside Festival, took it to the streets, and celebrated the establishment of the neighborhoods’ new gateway in honor of Northside’s Freedom Fighters. The Community Compass Group—twenty-two residents charged with making critical decisions on property acquisition and transition-- determined that the gateway should bear both the collective name “Northside” and the community names of each of the historic sub-neighborhoods at whose corner it stands.

Throughout From the Rock Wall you’ll see and hear use of “Northside,” sometimes as shorthand for a long list of historic, connected Black communities, sometimes as a geographic reference to the concentration of churches, businesses, and homes near West Rosemary, often as an intentional and inclusive expression of pride, honor, and solidarity.  At a time when our Black communities are under siege, “Northside” can be a hard and fast placeholder.  We use it here cautiously and proudly.

Comments?  Click on Respond in the tool bar or [email protected] to let us know what you think.