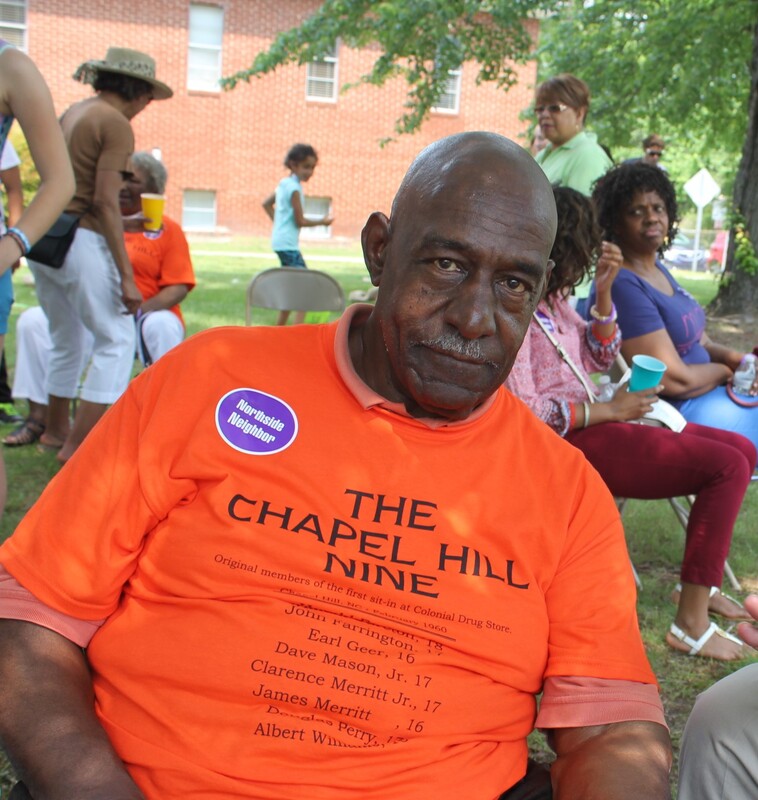 Foushee speaks on growing up in Northside which includes his educational experiences, and his family overview. He goes into the dynamics of his relationship with his aunt. Furthermore, he talks about his relationship with his neighbor. He takes the listener through the beginning and organization of sit-ins, and his childhood story of separate schooling. He explains the purpose of “The Rock Wall.” Foushee speaks about what happened to the old neighborhood. He and his siblings lived with his aunt in a two-story green house that his great-great grandmother built. His house caught on fire and had to be replicated. He continues to speak about the planning and impacts of major demonstrations. He tells us about his relationship with friends Pat Cusick, John Dunne, and Quinton Baker, and experience in prison. The Civil Rights Movement of Chapel Hill encountered resistance, which Foushee demonstrates in the interview. Moreover, he recounts the problems with the town council and how the bureaucracy system has failed. He explains racism as it discrimination in job applications and discrimination testing when applying for a job. Foushee shares his personal encounters with racism and experiences from Maryland and returning to Chapel Hill. Foushee has had interactions with Reverend J. R. Manley and the First Baptist Church. When it comes to the underlying ideology of Civil Rights, Foushee points out that religion had a major role in the movement. He includes his reaction after Birmingham, Alabama church bombing. The interview provides Mr. Foushee’s brave and stubborn nature and what it brings. He concludes the interview with sharing his experience of an eight-day hunger strike and winning of the Rebecca Clarke Award.
“You can only know people if you’ve been in their shoes.” Mr. Foushee’s nickname is “T.”

Freedom fighters Euyvonne Cotton, James Foushee, William Carter, Linda Brown, Keith Edwards, and Marion Phillips gathered upstairs at St. Joseph C.M.E. to talk about their experiences as young people in the freedom movement in Chapel Hill 1960-1964. Spurred by the recent publication of Courage in the Moment: The Civil Rights Struggle, 1961-1964 by James Wallace and Paul Dickson featuring previously unknown images, the participants recall marches and non-violent protests as well as police harassment, arrests, and imprisonment. They also credit the support they received from friends, families, and churches for the strength it took to continue the struggle.
Find out more