"Well, it was a bunch of us guys in the neighborhood, and girls, we stayed in the old defined Northside, not the expanded Northside, and we used to meet on the corner every night and sit, and that was kind of where the neighborhood kids met at night. There was a streetlight, and we'd sit on the corner in front of one of our parents' homes. The wall is still there, but things have changed around there. But the wall is still there."

Braxton Foushee is a native to the Chapel Hill/Carrboro area. He was involved as an activist during the Civil Rights Movement and he still lives in the Chapel Hill area where he works in a middle school and mentors students. To this day he remains active within Northside community and elevates the voices of those within the area who aren’t being heard such as Old Carrboro and the black community of Carrboro.
Share on , , or . 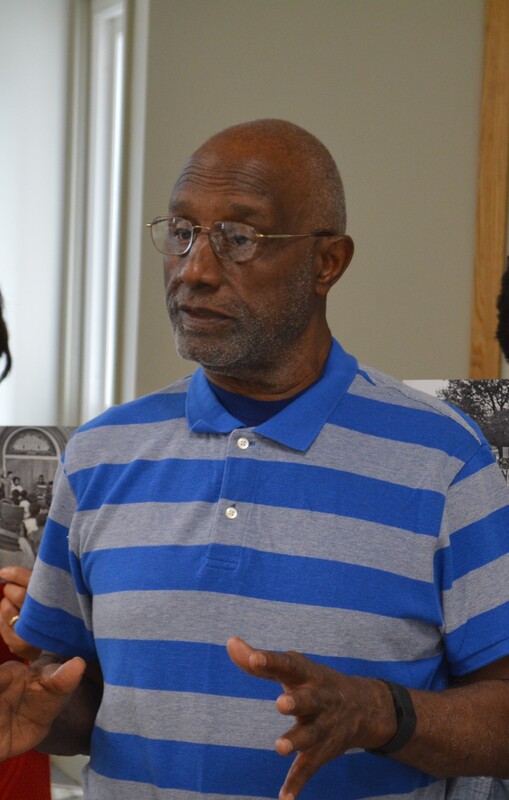 This interview provides a background of Braxton Foushee’s involvement in the Chapel Hill area. He shares his experiences as a committee member during the Civil Rights Movement where he was involved in demonstrations. He describes the various strategies the committee used during the movement as well as the differing views that people had on integration. Mr. Foushee specifically speaks about the university’s interactions with the town as well as student involvement in the movement. He talks about his triumphs within the movement such as integration of the cafeteria in the hospital, but he also notes that there is more work to be done. He talks about present day matters like students not knowing the town’s history.
He also discusses how he is still involved in the community where he elevates the voices of those who aren’t being heard. He concludes the interview by reminiscing on how he grew up and how much the area has changed. He delves into issues such as expansion of Northside, unaffordable housing, and building codes.

Audio recordings of interviews conducted by Yonni Chapman with participants in the African American freedom struggle and the civil rights movement in and around Chapel Hill, N.C.
Find out more