Willis Farrington - On growing up in Northside, his ministry, and changes in Chapel Hill

Interviewed by Yvonne Cleveland on February 17, 2017

This interview is part of the Marian Cheek Jackson Center’s Life History Series. Reverend Willis Farrington, a leader of St. Joseph CME Church, was born in Chapel Hill and spent the entirety of his childhood running the streets of Northside and the Roberson Street Community Center. Reverend Farrington recounts the changes that occurred during his childhood in Northside and the demographic and societal shifts that created divisions across the Chapel Hill community including the desegregation of schools. He reflects on the integration of school systems and the difficulties with getting to school as well as the hardships involved with affiliating with the white community while navigating the ups and downs of being a child in a changing world. This interview also discusses the community that Reverend Farrington grew up within including the love for his mother, respecting your elders, connections with neighbors and the ties between school and sports. He explores his indifference for college and the interactions with Dean Smith as he was recruited for UNC Basketball but explains his desires for leaving North Carolina and his experience with his fraternity in college in Connecticut. Following, he shares the story of meeting his wife, his two children and the journey through his mother’s death and the journey that led him to becoming a minister. Following he explains the various parts of his ministry including street ministry and jail ministry and his calling in 2006 for outreach ministry. The interview concludes with his words of wisdom “Be true to yourself, always listen to the right voice and at all times show respect for the other person” and his reflection on how he would change his life and desires for his childhood family to see how far he has come.

Willis Farrington - On growing up in Northside, his ministry, and changes in Chapel Hill

Citation: Marian Cheek Jackson Center, “Willis Farrington - On growing up in Northside, his ministry, and changes in Chapel Hill,” From the Rock Wall, accessed July 7, 2022, https://fromtherockwall.org/oral-histories/willis-farrington-3. 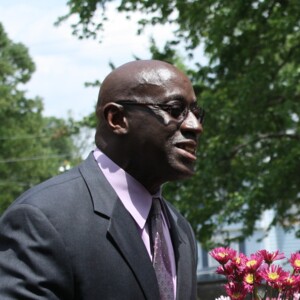 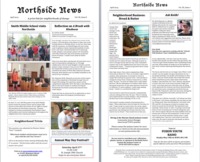 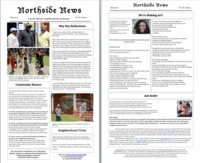