Interviewed by Abigail Nover on October 12, 2017

Thomas James “Bubba” Norwood was born in Durham in 1942 and grew up in Northside and Carrboro. At seventeen, he went on tour with the Ike and Tina Turner Revue and went on to play with bands including The Monkees and Albert King, before ultimately returning home to Carrboro. He reflects on growing up in Carrboro and attending Northside Elementary School and Lincoln High School. He describes his experiences playing in school marching bands and learning to drum from Doug Clark. He tells the story of meeting and playing with Ike and Tina Turner and recounts his experiences touring on the Chitlin’ Circuit during the Civil Rights Movement. After playing with Ike and Tina Turner for eight years, Mr. Norwood went on to play with many prominent bands, based out of Los Angeles. He recounts moving to Arizona, playing in a casino’s house country band, and then moving to St. Louis and playing for Albert King. Mr. Norwood returned to Carrboro after his mother became ill and adjusted to working non-musical jobs. He describes playing for First Baptist Church and Music Maker Relief Foundation.

Citation: Marian Cheek Jackson Center, “Thomas James "Bubba" Norwood - On growing up in Carrboro and playing music in bands,” From the Rock Wall, accessed May 21, 2022, https://fromtherockwall.org/oral-histories/thomas-james-bubba-norwood-2. 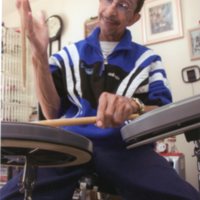 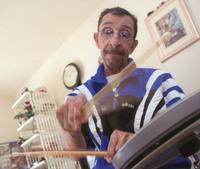