Russell Edwards - On Northside, the Civil Rights Movement, and desegregation

Russell Edwards grew up in Chapel Hill and has watched, as well as experienced, many situations that African-Americans dealt with both before, during, and after the Civil Rights Movement took place. He resides in one of the historic African American communities of Chapel Hill and shares his opinions about what it has become today. He also discusses recent developments around the historically African-American community and their effects on the neighborhood. Edwards talks about Lincoln High School being shut down due to integration; his feelings of anger during the Civil Rights Movement; his first hand experiences with desegregating Chapel Hill High School; the difficulty of non-violent protests; how Martin Luther King’s death affected the Northside community; white mobs that rioted in Chapel Hill and Carrboro; experiences with the Klu Klux Klan; the impact that the building of Greenbridge has had on the Northside community; his feelings of why the Apple Chill festival in downtown Chapel Hill got shut down; lynching in Pittsboro; the murder of James Cates; his daughter’s racial experiences at Chapel Hill High School and Guy B Phillips Junior High; her remembrances of segregation in Chapel Hill; the disgust she has with Greenbridge; the loss of Northside community.

Russell Edwards - On Northside, the Civil Rights Movement, and desegregation 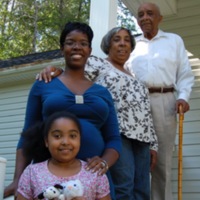 Mr. Edwards gathered representatives from four generations of his family (in descending order) on the steps of his Northside home. A proud member of the male chorus at St. Joseph CME, here he reflects on the many changes in Chapel Hill/Carrboro that he has witnessed over the course of an abundant 90…
Mr. Russell Edwards & Family

Russell Edwards - On his family, faith, health, and upbringing

Russell Edwards - On his family, faith, health, and upbringing 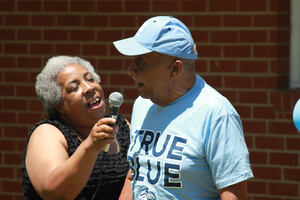 Russell Edwards at May Day Festival 2014 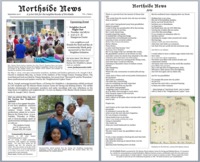