Robert Revels - On influential people in his life

Interviewed by Jamie Persons and Rob Stephens on October 31, 2008

Throughout this interview, Mr. Revels discusses the most influential people in his life as being the Danziggers, his mother and father, and his grandmother. He touches on a lot of lessons he’s learned from each of these individuals throughout the interview, such as the importance of work and respect. Though he did not go to college, he explains the opportunities he’s had for travel as being some of his best education, and he refers to his life as running parallel to the life of Abraham in the Old Testament. He calls his life “The Abraham Experience,” and explains how he always knows that the Lord is there for him, despite all his sins.

Robert Revels - On influential people in his life 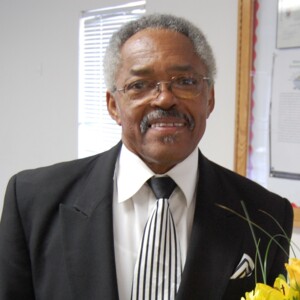 Brother Robert Revels leads neighbors in song at the “Facing Our Neighbors” multi-media exhibit and festival, 2010.

Robert Revels - On working in the food industry

Robert Revels sings "I Shall Not Be Moved"

Robert Revels sings "I Shall Not Be Moved"

Robert Revels and Pastor Troy Harrison do the electric slide

Robert Revels and Pastor Troy Harrison do the electric slide

Virginia, Revels, and Pastor Troy Harrison do the electric slide

Virginia, Revels, and Pastor Troy Harrison do the electric slide