Interviewed by Chelsea Cooper on March 28, 2011

In the interview Mrs. Webb discusses her neighborhood and describes how the house that she grew up in was demolished by the state in order to build a road in its place. Her parents did not want to move but believed that if they refused the state’s offer their home would have been condemned; thus, they chose to get at least some money for the house by selling to the state. She describes recent break-ins in the neighborhood and also discusses the influx of student renters in the area. Mrs. Webb then goes on to discuss the Senior Center and her activities there. She also details community meetings held in the area, as well as confusion over whether or not her home is considered historic. She also discusses a community meeting at St. Paul’s, which she said went well overall. However she was not enthused about a proposed plan to convert the town into a block system, arguing that Chapel Hill is a town, not a big city. Mrs. Webb also discusses the fact that many of the elderly Black residents of her neighborhood are losing their homes, as they were not paid adequately when they were working, and now cannot afford their high taxes. Mrs. Webb also describes her time as a nursing assistant at the infirmary on campus, now called Campus Health.

Citation: Marian Cheek Jackson Center, “Gracie Webb - On changes to the neighborhood and the effects on senior community members,” From the Rock Wall, accessed November 29, 2021, https://fromtherockwall.org/oral-histories/gracie-webb-3. 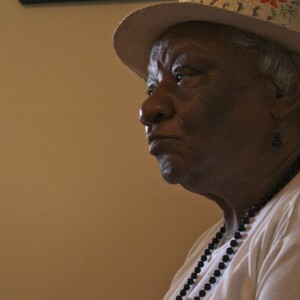 Throughout Gracie Webb’s life she has seemingly always been in the Northside and Cedar Groves area of Chapel Hill-Carrboro. Reminiscing through the memories of her childhood, Mrs. Webb talks about her most fond experiences of cooking with her mother and grandmother, eating with her family on…
Gracie Webb - On her family, growing up in Northside, and changes in Northside