A protest march makes its way from St. Joseph's CME Church to Franklin Street. To maintain calm, the Chapel Hill police often treated the marches as parades. Eat at Joe's, the restaurant named in the banner carried in the front, was named in many signs protesting segregation. The owner was a vocal supporter of segregation, vowing he would never integrate. 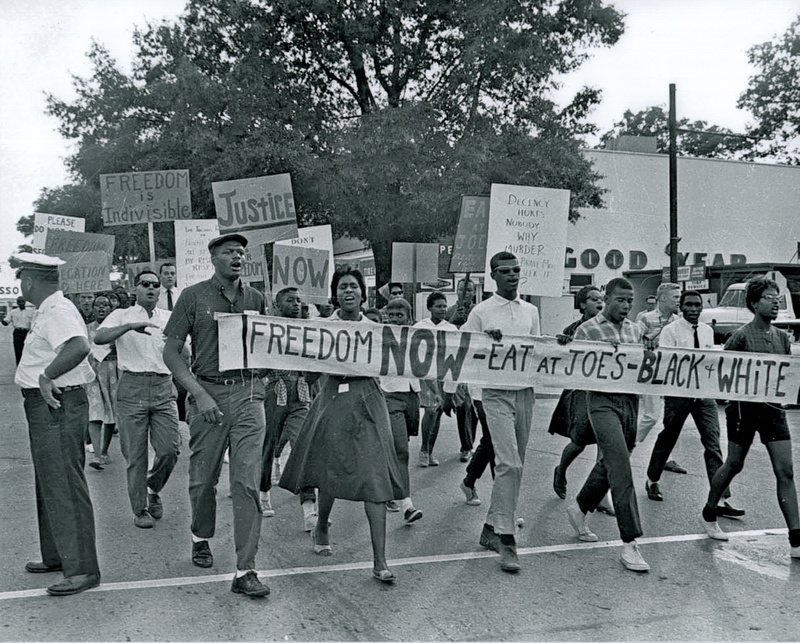 Photograph by Jim Wallace of Caldwell, Hilliard and Foster, Esphur and Hines, Eugene and Carter, William.

Rights: Copyright held by Jim Wallace. Contact From the Rock Wall for more information about permissions. 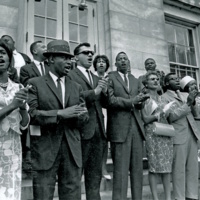 Jim Wallace was one of several photographers on the ground during the civil rights struggle in Chapel Hill from 1961-1964, a movement led by local Black youth who attended the segregated Lincoln High School.  A student at UNC at Chapel Hill, Jim was a photojournalist for the student newspaper, The…
Collection: Civil Rights in Chapel Hill, Photographs by Jim Wallace
Back to all images