Skip to main content
Home > Documents > The Lenoir Strike:  A Story of Food and Fearlessness
Document

The Lenoir Strike:  A Story of Food and Fearlessness

The UNC Food Workers Strike, or what is commonly known as the Lenoir Strike, of 1969 catalyzed concern about the working conditions of cafeteria workers at UNC, many of whom were Northside residents. Led by Mary Smith and Elizabeth Brooks, the nearly year-long strike put gender and race at the center of labor disputes, protest, and organizing that prompted Governor Robert Scott to call in the National Guard and Chapel Hill’s riot police. Under threat of arrest and violence, with the support of the emerging Black Student Movement, the Campus Y, and civil rights leaders from across the South, workers finally gained improvements in wages and policy. In this digital essay, UNC undergraduate students Jess Casimir, Tatiana Farmer, and Ray Garcia reflect on the status of the strike in the contemporary context of privatized food work at UNC. They consider their role as student researchers and confront historical amnesia on campus. Most important, they learn from Angela Bynum, whose family is six generations strong in Northside, what it’s like to work in Lenoir today. 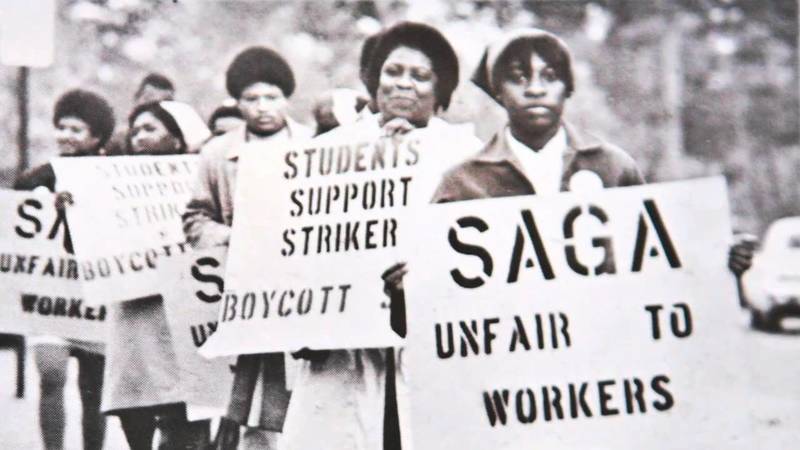 Citation: “The Lenoir Strike:  A Story of Food and Fearlessness,” From the Rock Wall, accessed May 21, 2022, https://fromtherockwall.org/documents/the-lenoir-strike-a-story-of-food-and-fearlessness.