On and Off the Midway

In 1957 in Chapel Hill, only 3 restaurants in Chapel Hill were desegregated, those owned and run by the immigrant Danziger family. Otherwise, Jim Crow laws kept Black residents from sharing a lunch counter, much less a table with whites. Breaking bread together would be one of the last thresholds of the freedom struggle. The so-called “lunch counter wars” in the early 1960s put ordinances that protected discrimination in places of public accommodation to the test. Picketing and sit-ins at Long Meadow Dairy, Colonial Drugstore, and restaurants up and down Franklin Street forced the issue to no avail. The Bus Station Grill closed rather than desegregate. At Brady’s Grill, furious patrons doused protestors with ammonia. Violence, fire hoses, and arrests met the thousands of demonstrators who gathered on sidewalks and streets to face down Chapel Hill’s refusal to pass equal access ordinances. At the same time, at Black-owned restaurants on the Midway—the Black business district in the heart of Northside—food was celebrated and abundance enjoyed. Listen in to the complex business of food on and off the Midway, then and now. 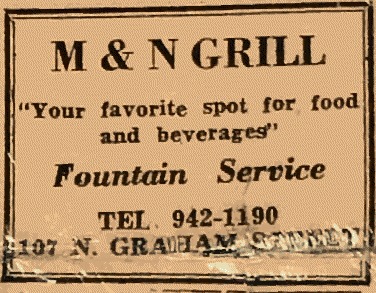 Citation: “On and Off the Midway,” From the Rock Wall, accessed May 21, 2022, https://fromtherockwall.org/documents/on-and-off-the-midway.